Today, we had the great pleasure of welcoming His Royal Highness Crown Prince Frederik and the Minister for Climate, Energy and Utilities, Dan Jørgensen, at our Combined Carbon Capture and Hydrogen production pilot plant at Vandcenter Syd in Odense. During the visit, the technology was presented and the possibilities for commercial use was discussed. We also introduced our project of upscaling the CCS plant, which we are currently developing with funding from the EUDP program.

The Mayor of Odense Peter Rahbæk Juel and the director of VandCenter Syd, Mads Leth, also actively participated in the visit.

ESTECH has developed and patented a unique combination of Carbon Capture and parallel production of hydrogen. The technology is unique in its approach to Carbon Capture, as it merges two operations in one combined process. The ESTECH system provides cost-efficient capturing of CO₂, and a maximum integration to Power-to-X between CO₂ capture and hydrogen production – solely based on green electrical power, with no thermal heat requirement. 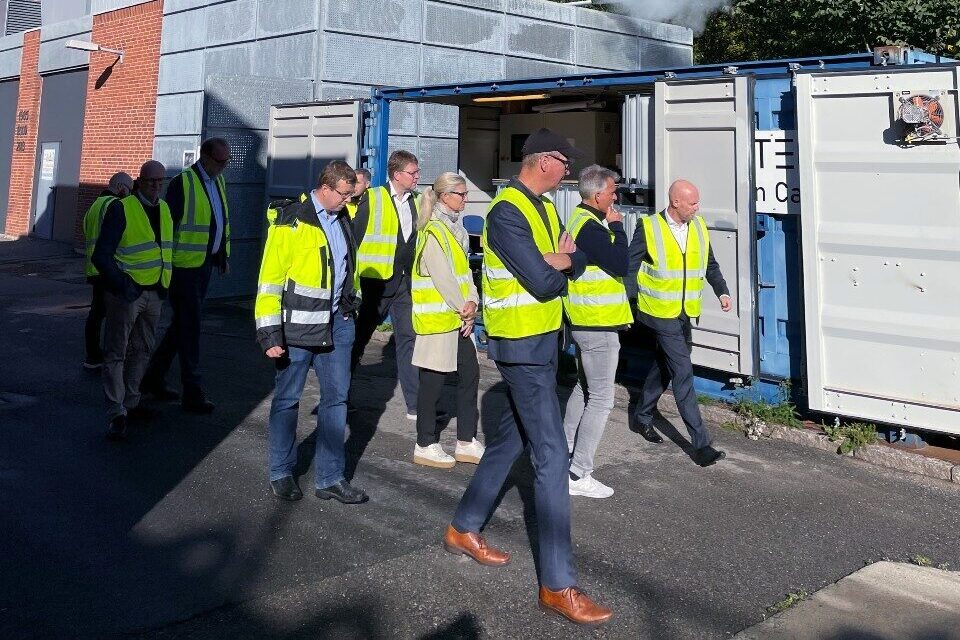